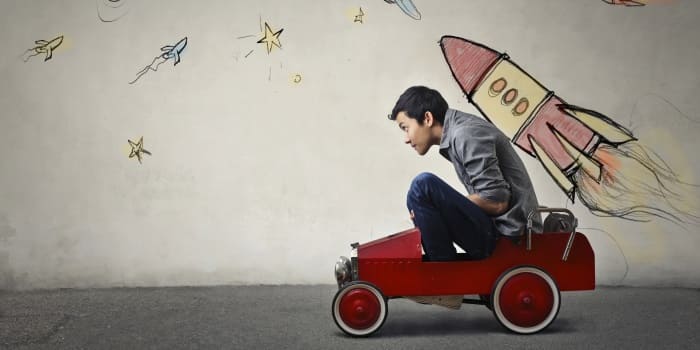 Is a ‘Dream Career’ Still Worth Chasing?

As Mark Twain said, “Find a job you enjoy doing and you will never have to work a day in your life.”

Dream jobs tend to change as we grow older, experience more and think about the things we really want in life, but that doesn’t mean we have to give up on our ambitions.

Many children are asked what they want to be when they grow up; sometimes they reply with “I’d like to be a princess,” or “I’d like to be a wizard.” At their young age, we don’t tell them their goal is impossible. Why should it be so different for people who are older?

Similarly, why put down students who are choosing art majors or other career paths that are seen as fanciful or, gasp, even low-paying? A dream job is someone’s personal goal. They are allowed to strive towards it.

Being forced to decide what I wanted to do for a career while in high school was hard for me. My dream job ideas would often shift. That is, until I settled on one I wanted, almost after I actually graduated high school. People tell me that my job won’t be glamorous and that there’s a possibility I could die or become seriously injured; that I may develop mental health issues and that there’s barely any need for my job in Western Australia, where I live. Sometimes I am told, “Yasmin, you need to get your imagination out from those books and TV shows.” I do not listen to those people. My dream job is to become a homicide/cold case detective.

I have chosen this career path because I would like to give justice to people who may not have a voice, because for too long I felt like I wouldn’t leave a lasting mark with anything that I did. So, I have adjusted my study plans to that of a full-time double degree in Forensic Biology and Toxicology & Criminology.
I want to help people with my job. I also admire those who are trying to protect me with their words of warning. However, students, regardless of their age, should pick a career they want, rather than one based solely on security and safety. They do not have to listen to people who insult their choices. If they want to become an actor or actress, let them. If they want to be Prime Minister, let them at least try.

A truly sensible career choice is one that a student will remain interested in. Dream jobs aren’t unreachable. You also have plenty of time to decide what you want to do in life, so don’t be fearful if ever your idea changes. A dream job is personal. Let us have our dreams.